The 2017 Bayview Match Play Finals was played by Martin Kennemer and Loree McQueen. Congratulations to all the participants and winner Loree McQueen. 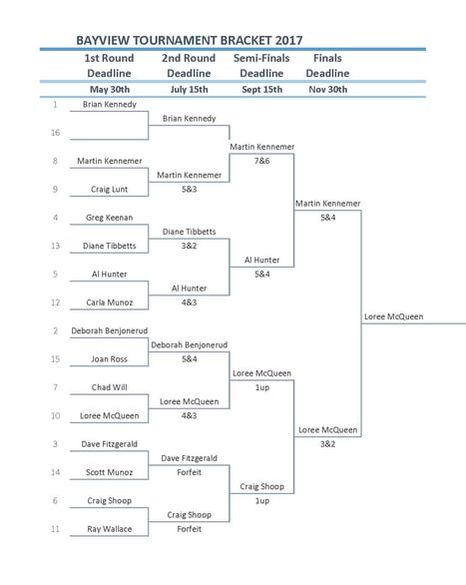 And the 2017 Bayview Golf Club Points Cup Champion is Deborah Bjonerud...for the second year in a row! It all came down to the final Tournament of the year with Loree McQueen on top followed very closely by Greg Keenan and just behind Greg was Deborah. With the win at Chardonnay, Deborah sealed the victory for the Points Cup Championship for 2017. Congratulations for a well-fought championship! 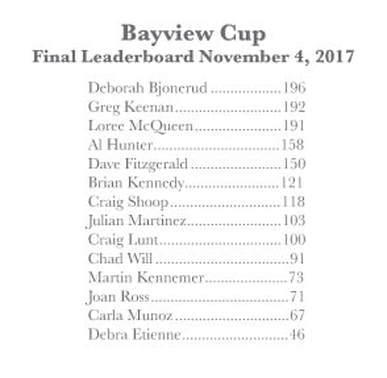